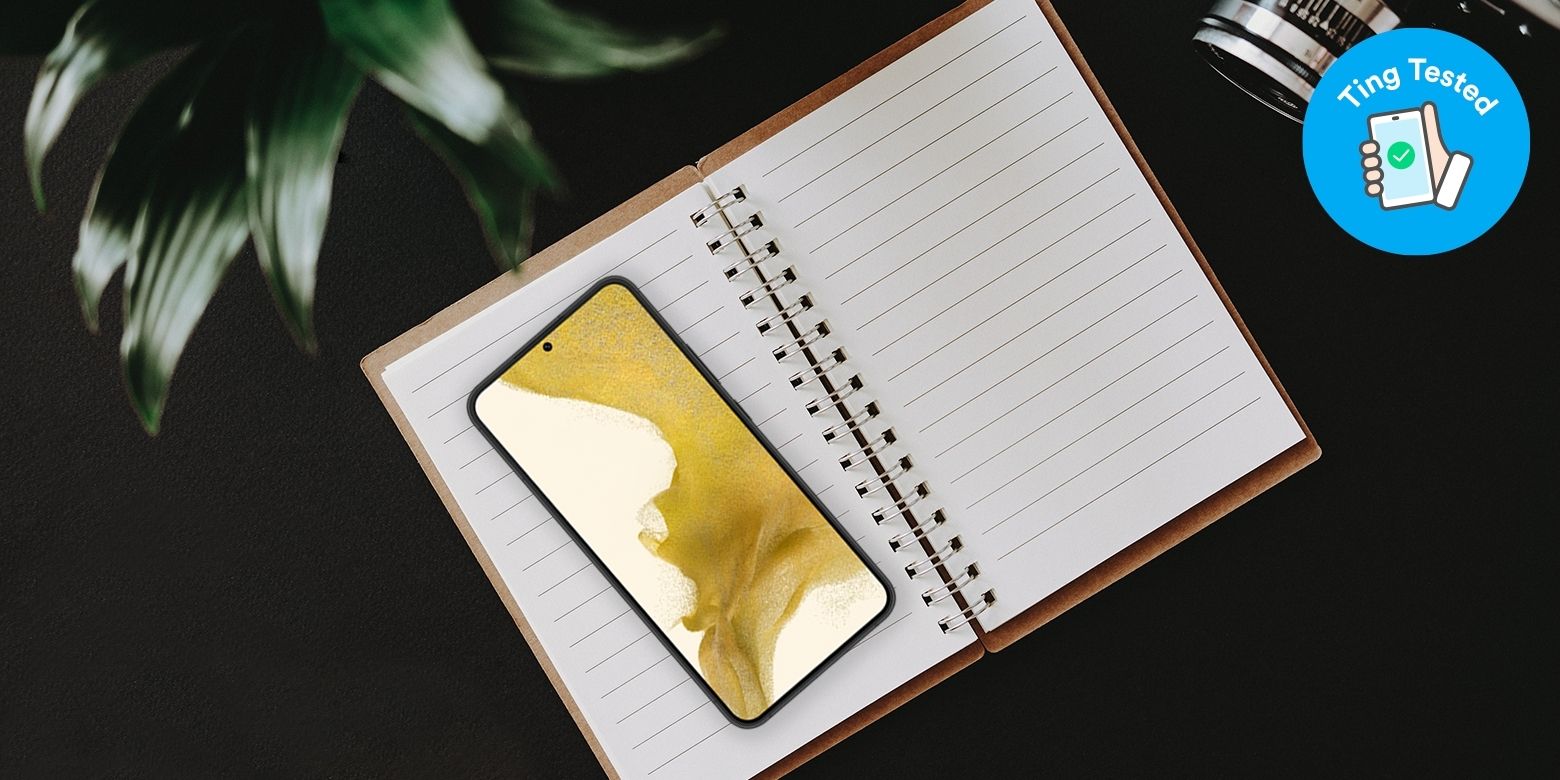 Looking for a powerful smartphone with all the features you’ll need at an affordable price? Samsung’s got you covered this year with the new Galaxy S22, available in the Ting Shop now for just $799. I had the chance to take the S22 for a spin and was really impressed. Here are the features that stood out the most!

After using the Galaxy S22 for a week, I can honestly say that the size of this smartphone is absolutely perfect. As someone who prefers to play games and watch shows on my TV, I don’t need a huge phone, and the Galaxy S22’s 6.1-inch display hits the sweet spot. The phone feels great to hold, sporting a beautiful glass back and aluminum edges that aren’t nearly as slippery as you might think. The phone screams “premium” but actually fits in my pocket and can be used one-handed—a rare combination these days but something that is essential for me.

I also noticed how snappy the S22 felt when scrolling Instagram or Reddit and playing games. The smoothness of the screen was equally impressive. Samsung has opted for a 120Hz refresh rate and it’s definitely paid off, besting competitors like iPhone 13 (60Hz) and Pixel 6 (90Hz) for a noticeable difference. I played an hour of Fortnite and it felt just as smooth as playing on my gaming PC, which is impressive.

The camera is identical to the shooter in the S22+. If you’re like me and care more about taking photos (mostly of my cat, as you know by now) than a massive display, you can save a couple hundred bucks by choosing the base S22 model. With better low-light performance than the very capable S21 (thanks to the new “Nightography” feature) and an improved zoom, Samsung continues to focus on upgrading its camera every year with great success.

One thing worth noting is that the Samsung S22 wasn’t a segment leader in the battery department this year. While it got me through a full day of use, the S22’s 3700 mAh battery is lackluster compared to other newer flagship phones. With its larger battery, the S22+ is likely to have a better showing here. To be honest, that’s the only thing I don’t love about the S22, but it’s nothing a daily charge can’t solve.

While I’ve already touched on price, it’s worth reiterating that while this is technically the “least premium” S22 model (i.e., the most affordable), it’s honestly the model I would choose due to its exceptional form factor and top-tier camera. Samsung has also announced that they will be supporting four years of Android OS upgrades, which means new features and upgrades for longer than, say, Google’s Pixel 6.