Become a smartphone power user with the bare minimum of geekery involved. Each week, we’ll share a simple, useful mobile trick. No fluff – just the tips. 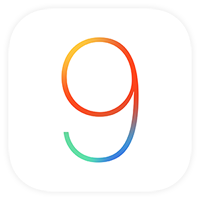 It’s the time of year again, Apple has officially released the latest version of iOS (iOS 9) to the world. All iPhone (and iPad) users who are within at least a few generations of the latest hardware can access all the new features that Cupertino has been touting since earlier this year.

Unlike the previous two releases which refocused and reimagined the operating system for the modern times, this year’s iOS is all about stability and performance enhancements. Fret not though, there’s still plenty of new here, including a Flipboard-esque news app, Siri’s improved intelligence and true multitasking on the iPad.

Then again, everyone’s talking about those features. Why should we?

Instead, we’re going to share three lesser-known features that we found handy during our time with the iOS 9 beta.

Let’s begin, shall we? (If you’d prefer to watch a video version, click here to head to YouTube.)

Battery life is the bane of any modern smartphone OS, so it’s unsurprising that iOS 9 puts heavy emphasis on conserving power when it can.

A new feature that keeps your battery in mind is Low Power Mode. In Low Power Mode, your device will temporarily reduce power consumption by disabling core-features like mail fetch, background app refresh, automatic downloads and some visual effects.

This feature can be enabled manually from Settings > Battery

Or switched on from the ‘Low Battery’ message that automatically comes on when the phone reaches 20% battery power. 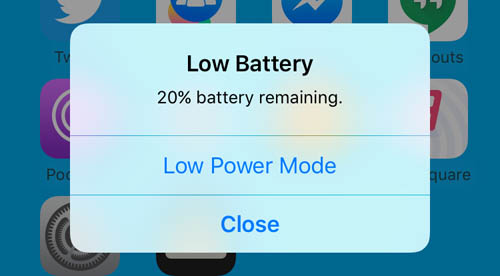 Bonus tip: Here’s a neat feature you’d probably never know about. Anytime your iPhone is placed on a surface, screen facing down, incoming notifications will no longer light-up the screen. They call it Facedown Detection.

Update: As it turns out, Facedown Detection doesn’t work with every iOS product. The feature is limited to devices with Apple’s motion coprocessor and proximity sensors. Which means iPhone 5, iPhone 4S, iPads and iPod touches need not apply.

Messages (or iMessage as it was once known) has been around since 2011, and it’s great… until your associated Email (or phone number) becomes the victim of message spam.

Yes, spam can even affect text messages. This is the cruel, cold world that we now live in.

With iOS 9, dealing with spam has become slightly more tolerable thanks to a new filter mode.

Under General > Messages is a new option called ‘Filter Unknown Senders’. This will create a new tab in the Messaging app where messages from people not on your contact list will be sent too.

It’s not perfect, but it’s a start.

As the resident iOS Tipster at Ting, here is a new feature I very much love.

Apple has finally added a search field to Settings section. Meaning, your days of feature-hunting are over. Mostly. I say mostly because there are still instances where the search comes up short – like when searching for ‘Wi-Fi Assist,’ as an example.

Still, this new feature is a welcome one.

#mc_embed_signup{background:#fff; clear:left; font:14px Helvetica,Arial,sans-serif; }
/* Add your own MailChimp form style overrides in your site stylesheet or in this style block.
We recommend moving this block and the preceding CSS link to the HEAD of your HTML file. */

Get Ting tips by email!

Know of any other neat features in iOS9? Let us know in the comments.