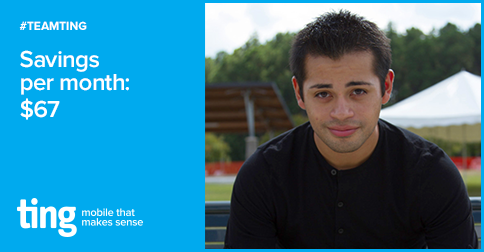 #TEAMTING is a series where we showcase some of our favorite Ting customer stories, whether from an individual, a family, a tech-head or a retiree.

Daniel studies in Albuquerque and joined Ting just over two years ago. He decided that he no longer had to put up with a contrived carrier and complicated plans.

“I pay for what I use without paying any unnecessary fees. I started using almost strictly Wi-Fi and found it to be a much better alternative to data. Saves money, battery, and when I’m out in public, I’m not constantly on my phone browsing the internet.”

Ever since he made the switch to Ting, he’s been saving an average of $80 a month on his cell phone bill.

“Thanks to referring a couple people, I haven’t had a phone bill in months. I usually spend about $17 a month, but when I was on vacation I had to use a little more data and usage than usual. My bill ended up being a little higher, but still much, much less than I would have with my old Sprint contract.”

“Personally I’m 100% happy with Ting, but I wish it was possible to bring a device over from another carrier besides Sprint.”

Good news, Daniel. Now you can! 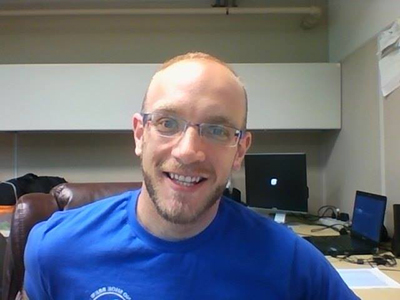