FleetUp: in business with Ting

When you think of cell phone service, you probably think of a smartphone sitting in someone’s pocket, sending and receiving calls, text messages and bits of data. You might not think about trucks trekking all over the country or fleet vehicles buzzing all over town, sending analytic and other data back to HQ for the back office team to pore through and make business decisions with.

FleetUP, a service of TrueLite Trace Inc., is a fleet management solution based in Milpitas, CA that’s taking a smart tech-focussed approach to fleet management and uses Ting to handle the all-important mobile data part of the equation.

Connecting to the onboard diagnostics (OBD) port of a vehicle, the same port your mechanic uses to diagnose your car in the service bay, a FleetUp device can pull a ton of data from vehicles on the road. Everything from engine revolutions per minute, speed, throttle, braking and much more is available via a vehicle’s OBD port. With GPS on board and a Ting SIM card inserted into every FleetUp device, the relevant data can be sent back to the client every ten seconds.

We talked with Kimberli Lee, Marketing Manager at FleetUp, who filled us in on FleetUp’s mission to deliver real-time analytic reports to their clients and how Ting helps make that happen.

OBD devices can also monitor variables like speed, RPM, mileage and location and relay that data in real-time. FleetUp’s clients use the service for a variety of reasons, like keeping track of their employees’ actual hours of service, dispatching emergency vehicles, and choosing the best routes for time-sensitive deliveries. 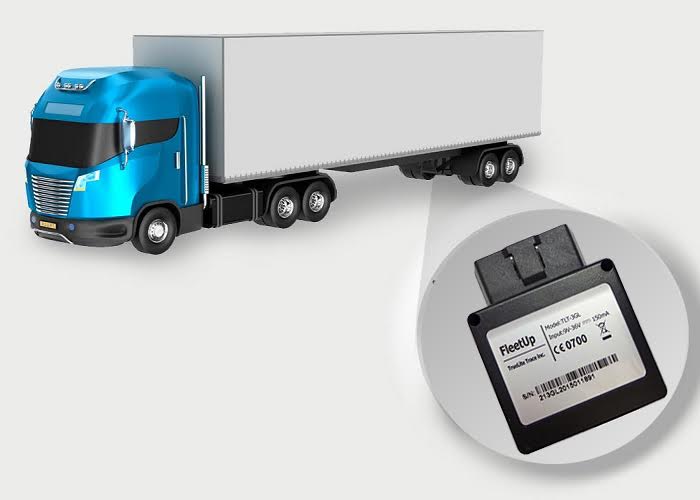 And that’s where Ting comes in. FleetUp inserts Ting SIM cards into each OBD device, which then get installed in the fleet vehicles or cargo. So when the device reports back to FleetUp’s clients with valuable data, it sends that data over our network. This provides information that fleet managers can use to improve performance, reduce inefficiencies, and promote safety.

For instance, an email alert can be sent if a monitored vehicle is traveling too fast, if the driver has worked too long without a rest, or if the device is roaming outside of a geo-fence boundary. These alerts can be customized to best suit each client’s needs. 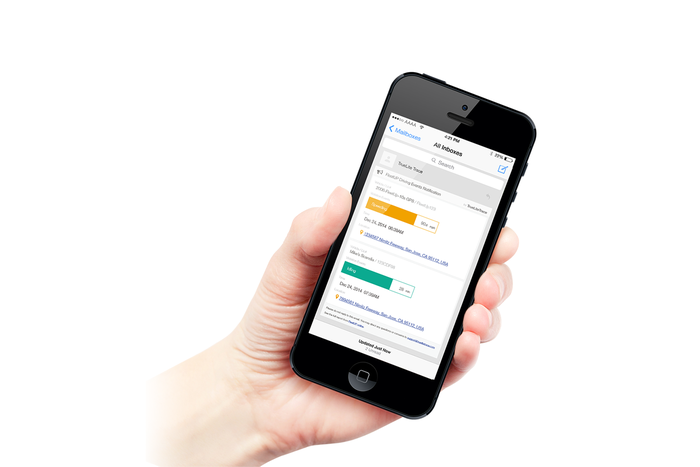 “Switching to Ting is probably one of the best business decisions we’ve made so far.”

One size does not fit all

Lee said most of the mobile providers they researched were trying to push their 3G and 4G networks. But speed is not an issue for FleetUp since they are sending and receiving only small bits of data at a time, so they needed a 2G network instead.

T-Mobile was willing to provide it for them, but ultimately, the price was too high. Since some companies have drivers who are on the road a lot, and some clients don’t drive much at all, it just didn’t make financial sense to have the same sized plan for each individual device.

One of the reasons FleetUp made the decision to switch to Ting is because they recognized that compared to our competition, Ting’s service was priced, as Lee described, “drastically lower.” That’s because with Ting, they only pay for the data level they reach each month. Usage is pooled across all active devices under their account and so the per-unit cost works out to be much lower than other carriers offered. Add to that the fact that with Ting, you don’t pay for stuff you don’t actually use, so FleetUp doesn’t pay for texting or voice calls because their devices are data-only. The fact that we don’t do hidden fees or penalties should go without saying at this point.

“Switching to Ting is probably one of the best business decisions we’ve made so far,” said Lee, who went on to say that beyond the significant savings they’ve experienced, one of the things they love most about Ting is the user interface. She said Ting’s platform gives them hands-on control and allows them to see how many megabytes of data have been used.

They also appreciate the ability to activate new devices themselves with ease, and they can have an unlimited number of devices under one account. Simply by doing what we do best, Ting’s flexibility and reliability give FleetUp the freedom to focus on doing what they do best.

We’re big fans of the Internet of things, of great ideas in general and, to use a well-worn cliche, of outside the box thinking. We love even more when our service and our “there is no one size fits all” approach is the perfect fit that makes such ideas feasible.