The most capable budget phones in 2022 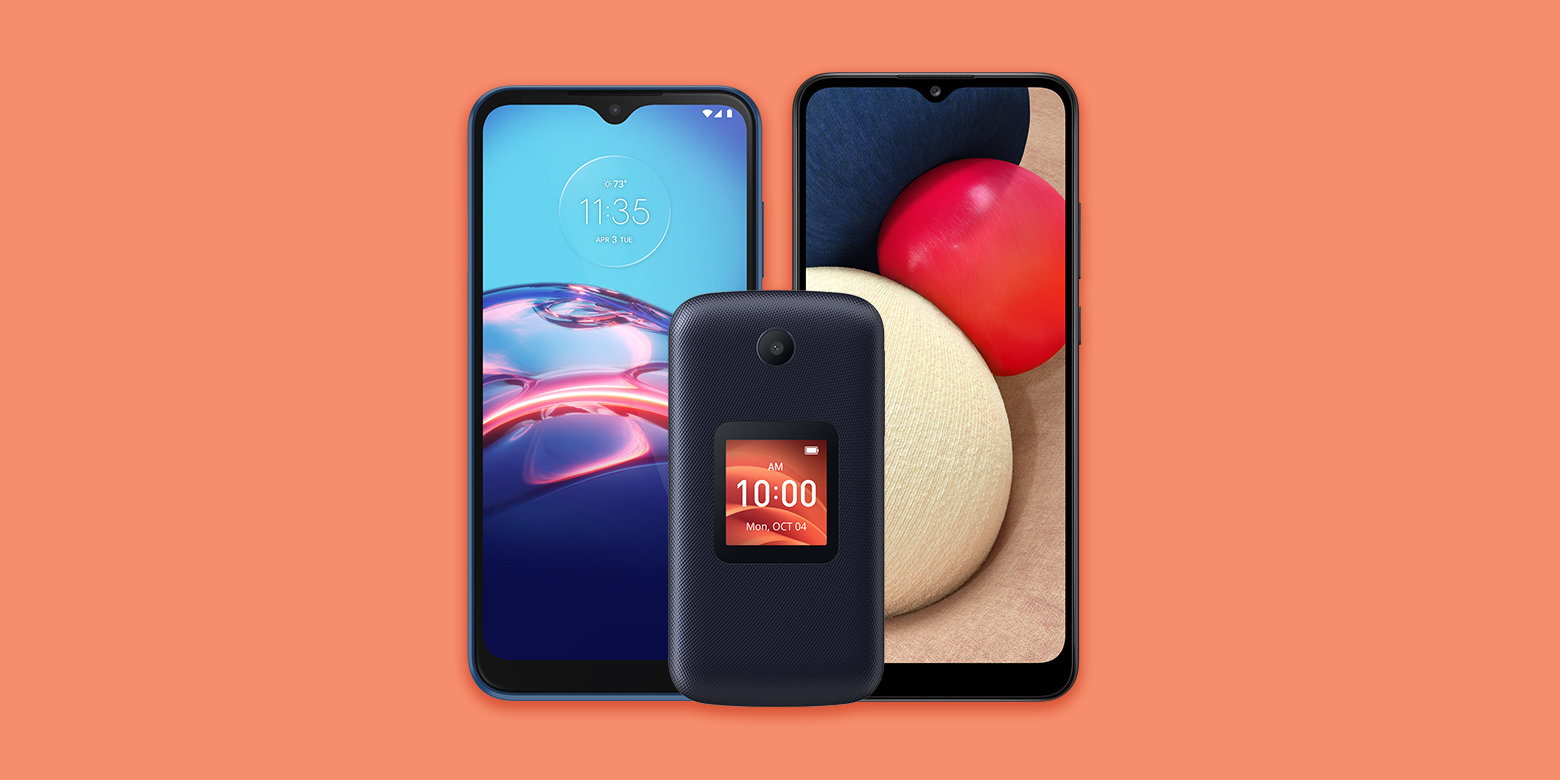 It’s a new year, and as is sometimes the case, you may have realized it’s also time for a new phone. We’re guessing you’re in the market for something that has the features you need alongside some nice bells and whistles but won’t break the bank. (What can we say, we’re psychic.) You’re in luck — at Ting Mobile, we’ve got a variety of phones that will fit the bill. Here are four of our favorite capable budget phones in 2022.

Talk about a steal of a deal. The moto e offers a heck of a lot for a sub-$100 phone. A large 6.2-inch screen makes for an enjoyable content viewing experience. Battery life is exceptional, lasting up to two days on a single charge. A 13-megapixel rear camera takes crisp photos, and the 2-megapixel depth sensor allows for artistic portrait photos. Unlike many newer phones, it also includes a headphone jack.

The Galaxy A series is known for offering features usually seen in more expensive phones, and the A02s is no exception. A 6.5-inch edge-to-edge display provides plenty of viewing real estate and gives the phone a premium look. It also features a 13-megapixel main lens and 2-megapixel depth sensor, but also adds a 2-megapixel macro lens for ultra-close-up shots. Battery life is great on this one too, with the bonus of an included fast charger. And yes, you can plug in your regular headphones. This comparison of the moto e and Galaxy A02s may help you decide between these two great budget phones in 2022.

We know that there are a lot of iPhone 6 and older phones still out there. While this speaks to the toughness of those phones, unfortunately they are no longer supported by Apple iOS updates and will soon be obsolete. If you’re on a tight budget but want to remain in the iPhone family, a great choice is iPhone 8 Renewed. What does renewed mean? The phones maintain a certain aesthetic quality (minor wear is acceptable), have been tested and gently cleansed. Plus, they’re backed by a 90-day warranty. For under $200, you get a more modern iPhone that takes great pictures, has a quick A11 Bionic chip, charges wirelessly and is compatible with the latest iOS (15). It’s an excellent entry-level choice for a teen’s first phone.

If you’d prefer a brand new, more powerful iPhone, one can still be had at a lower price. iPhone SE is the most powerful 4.7-inch iPhone. It features a powerful A13 Bionic chip, portrait mode and cinematic 4K video, a beautiful Retina HD display, Touch ID, and long battery life. For an affordable iPhone option that’ll last you some time, this is the one for you. If you purchase iPhone SE now and activate within 30 days, you’ll get a $50 credit on your Ting phone bill! (Restrictions apply. See product page for eligibility.)

If you’re more of a talk-and-texter, you can really save by going for the TCL Flip. While it packs a nostalgic punch in appearance, this is very much a modern version of the flip phone. 4G LTE connectivity facilitates crystal-clear VoLTE calls. An external screen previews incoming calls and notifications, while the bright 2.8-inch internal screen makes viewing a breeze. Large buttons, a simple interface and adjustable size text make this a great phone for both older and younger users. Hearing aid compatibility further increases accessibility. The TCL Flip won’t be beat on battery life; users get 15 hours of standby time and 11 hours of talk time.

Stay on budget with Ting Mobile

Ting Mobile is the perfect companion to your cost-effective yet capable budget phone in 2022. We offer a variety of affordable plans that fit every user’s needs. Get unlimited talk and text for just $10, then add data as needed on our Flex Plan, choose one of our Set plans, or get all the data you need with one of our Unlimited plans. All Ting Mobile plans come with nationwide LTE coverage and 5G coverage (where available). We’ll never lock you into a contract, so you’ll always be free to choose the mobile solution that’s best for you. See which Ting Mobile plan is the right fit!