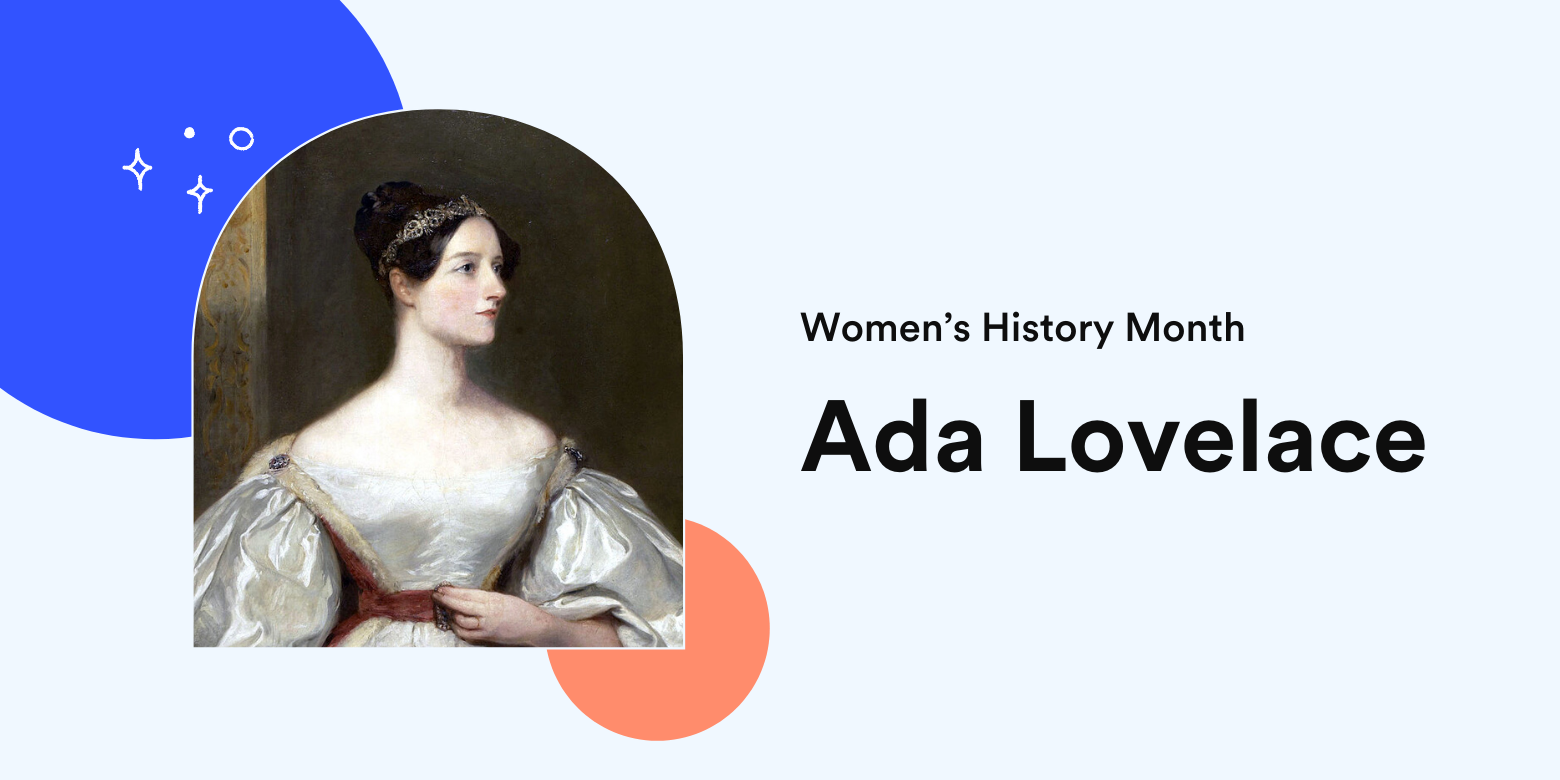 There are many ridiculous fallacies that persist in our world. Pineapple doesn’t belong on pizza, Lebron is better than Jordan … and the ever-idiotic claim that “girls can’t do math.” While women the world over disprove this on a daily basis, it’s always fun to suggest that the individual making this claim look up Ada Lovelace. A mathematical powerhouse who was dubbed the “Enchantress of Number” by one of the greatest scientific minds of the day, she is considered by many to be the mother of modern computing. So why isn’t she depicted in TV and film alongside computing innovators like Alan Turing, for instance? That would be because she was born nearly 100 years before him.

Ada Lovelace was born Augusta Ada Byron on December 10, 1815, to Lord and Lady Byron. Yes, that Lord Byron—the famed British poet. It turns out that he was a great poet but a far from great husband and father. Lady Byron left their home five weeks after their daughter’s birth, and Lord Byron left England forever four months later. As a result, Lovelace never knew her father. Her mother did not have much contact with her either, leaving Lovelace’s maternal grandmother to raise her.

Even so, Lady Byron’s influence would shape Lovelace’s life. Well-educated and an adept mathematician herself, the elder woman insisted her daughter receive the best instruction in mathematics and the sciences. This was not all based on a concern for Lovelace’s academic prowess—Lady Byron believed that this would keep the “madness” she perceived her husband as having suffered from at bay. She in fact discouraged literary studies for that same reason.

Ada Lovelace proved to be an avid student and began to display prodigious mathematical skills. Her knowledge grew exponentially under the tutorship of Mary Somerville, who so excelled at mathematics, astronomy and other scientific fields that she was dubbed “the queen of [19th century] science” in her obituary. It was through Somerville that Lovelace met Charles Babbage in 1833. The woman who would become the mother of modern computing had met its father.

Ada Lovelace, the Enchantress of Number

Much like Mary Somerville, Charles Babbage was a polymath—a person knowledgeable in a wide variety of topics. The fact that he was an extremely skilled mathematician, philosopher, inventor and mechanical engineer is impressive enough. What makes him the linchpin of the Ada Lovelace story is the fact that he originated the concept of a programmable computer. His theoretical mechanical calculating machines, the Difference Engine and subsequent Analytical Engine, set fire to Lovelace’s imagination. There would be a detour for a few years, however, before she acted on this fascination.

Ada married William King in 1835. With Ada being a descendant of the Barons Lovelace and her husband being made Earl of Lovelace in 1838, Ada became the Countess of Lovelace—thus, Ada Lovelace. (I think we can all agree that British aristocracy and their naming conventions are a trip.) Alongside raising three children and dealing with some health issues in the 1830s, Lovelace continued her studies. It was in the 1840s that she truly began to make her mark.

Instrumental here were her advanced studies with the celebrated mathematician Augustus De Morgan, who believed Lovelace had the potential to become a mathematical investigator “of first-rate eminence.” Armed with this increased prowess, Lovelace’s attention returned to Charles Babbage’s mystical mathematical machines.

Lovelace had studied the blueprints for Babbage’s first mechanical computer, the Difference Engine. They were both been impressed by the Jacquard loom, a machine that produced patterns with complex patterns woven into them. It achieved this by using punch cards that controlled when the thread would be raised or in contact with the textile. So, pretty much on/off instructions. Remind you of anything? (Hint: ones and zeros.) Yep, this was an example of early machine code.

Babbage “borrowed” liberally from this concept for his second mechanical computer, the Analytical Engine. While the Difference Engine was basically a mechanical calculator, this new machine boasted features like conditional branching (IF/THEN) and integrated memory, making it a true predecessor to modern computers. It was never built, but among a certain group of academics, it was a groundbreaking mathematical concept that deserved deep analysis. One of these academics was Italian mathematician (and future Italian prime minister) Luigi Menabrea who wrote a paper titled “Sketch of Charles Babbage’s Analytical Engine.” The paper was written in French, and thanks to that language being part of Lovelace’s extensive studies, she was commissioned by a friend of Babbage to translate it. Upon reading her translation, Babbage encouraged her to add her own notes to it.

Be careful what you wish for, Chuck.

Lovelace’s notes turned out to be three times the length of the paper itself. They differentiated the Analytical Engine from its predecessor and demonstrated how the machine could perform complex calculations. One of these (the famous Note G) was an algorithm to compute the sequence of numbers known as Bernoulli numbers. This was a topic she had studied at length with De Morgan. This is widely agreed to be the first published algorithm designed for a computer. As a result, some peg Ada Lovelace as the first computer programmer.

Naturally, there is some contention here because academics. It’s a matter of fact that Babbage and Lovelace collaborated on this project. Babbage had also previously written algorithms for the Analytical Engine, but they were never published. Babbage and others have also said that while he posited the original algorithm, Lovelace discovered a “grave error” (i.e., she debugged the program). I couldn’t tell you who contributed what—but there are two things that seem to be basic fact.

Firstly, the sophistication and order with which Lovelace presented the algorithm are considered by many to be unparalleled up until that point. Any debugging she did made the algorithm a working piece of machine code. And that algorithm remains the first published bit of complex code. So wherever you stand on the debate of what her contribution was, there’s no argument that Lovelace’s work served as building blocks used by generations of mathematicians, engineers and, yes, programmers.

Secondly, Note A showed her forward-thinking approach compared to her contemporaries. Unlike Babbage and Manabrea’s opinion of the machine as a more complex number cruncher, she expressed her opinion that these machines could use their computing power to contribute to areas other than mathematics. More than a century before computer-composed music became well known, she suggested here that “the engine might compose elaborate and scientific pieces of music of any degree of complexity or extent.”

Sadly, Ada Lovelace died at just 36 years old from uterine cancer. There’s no telling what other accomplishments and breakthroughs she could have achieved had she lived longer. As it stands, her work educated and inspired many, including the one and only Alan Turing. She is commemorated through the naming of numerous awards and academic institutions. When the United States Department of Defense had a computer programming language developed in the late 1970s/early 1980s for internal use, they named it Ada in her honor. She will always be an inspiration to aspiring mathematicians and programmers, especially female scholars.